The Legend of Heroes: Akatsuki no Kiseki

The Legend of Heroes: Akatsuki no Kiseki, also known as The Legend of Heroes: Trails of Dawn, is an online RPG released in Japan on August 31, 2016. It is a spin-off of the Trails series to celebrate the 10th anniversary of Nihon Falcom's long-running Trails (Kiseki) franchise.

The story of the game is directed by Nihon Falcom themselves, and the gameplay was developed by UserJoy Technology. The game is said to correspond to the series timeline.

On the day of his certification exam in Crossbell State, Western Zemuria. Nacht Weiss, an aspiring soon-to-be Bracer, encounters Chloe Barnett, a girl of rare sights. Like Nacht, Chloe who comes from Liberl Kingdom also come to Crossbell to partake in the same exam. As they both descend together underneath Crossbell's Geofront to take their examination, they catch word of a “Special Support Section” from Michelle, a secretary working as part of a Bracer outpost. Thus, the grand adventures of the unwieldy Nacht and Chloe begins.

Entering in events will get you extra characters and other rewards

On August 25, 2016, the campaign begins to celebrate after the beta-testing commenced by over 60, 000 users. During then, logging-in daily will earn rewards. On the consecutive 3rd and 7th days, 2 special characters from a certain duology will appear. 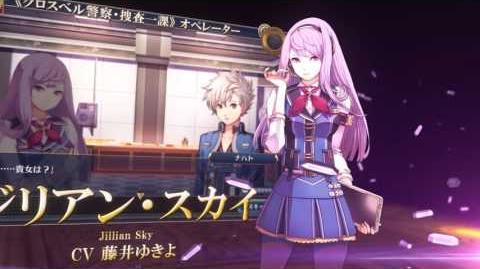